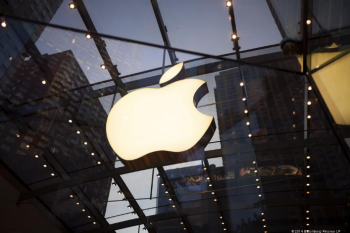 Tristar Capital has paid $290.7 million for a 15-acre office campus in Sunnyvale that is currently fully leased by Apple.

Rockwood Capital was the seller and Palo Alto-based Dostart Development Co. managed the property, Tristar said in a statement on Wednesday. The buildings are located at 410-430 North Mary Ave. in Sunnyvale.

This marks Tristar Capital’s first acquisition in Silicon Valley, but it won’t likely be the last, said David Edelstein, president of Tristar.

“We believe in the long-term viability of the technology sector and the communities in which they operate,” he said in a statement. “We will continue to look for value opportunities in Silicon Valley as well as other tech-centric markets across the country.”

The three buildings, which were completed in 1990, have seen some major renovations in recent years, according to city permit records.

One of the buildings, at 410 North Mary Ave., was most recently renovated in 2013, city of Sunnyvale records show. The other two buildings on the site currently have active remodeling permits with the city, though that work may be completed by now, according to Wednesday’s press release.

“The recent renovations completed by Rockwood Capital and Dostart Development Company, combined with additional investment by the tenant, add significant value to these assets in a key location for some of the top tech tenants in the world,” Doyle, of JLL, said in a statement Wednesday.

Sunnyvale’s Class A office market currently has one of the lowest vacancy rates in along the Peninsula, according to a recent report by CBRE, which put the city’s Class A rate at 0.4 percent. The city’s overall office vacancy rate is 0.7 percent, but those numbers do not include R&D space.

Rockwood Capital’s vice President Michael Hegseth said in Wednesday’s release that the company was confident the property would continue to be a profitable site in the foreseeable future.

“Over the past several years we were able to create an attractive and durable income stream at this property that we believe will continue to benefit Tristar going forward,” he said.