Samuel Blatteis (right) in his office in the original Russ Building, circa 1922.

Blatteis Realty, founded in 1922, was the first San Francisco real estate company to specialize in retail leasing and brokerage.

Under the guidance of founding partners Samuel Blatteis and Lou H. Hymans, the firm prospered and grew to dominate retail leasing activity in the Western United States.

By 1932, under the sole ownership of Samuel Blatteis, Blatteis Realty had become the dominant retail brokerage specialist and leading representative of major national retailers. In response to the economic climate of the Great Depression, Blatteis introduced to the West Coast what is now commonly known as the percentage lease, thus enabling retail rental values to be determined equitably during times when retail merchants were unable to reasonably project their ability to meet fixed rental obligations. Percentage leases continue as an accepted standard in the retail industry today allowing landlords to appropriately share in the financial success of their tenants.

During the financial boom of the 1950s and 1960s, Blatteis Realty continued to dominate retail leasing throughout San Francisco and the Greater Bay Area, leasing to well-known tenants of the time such as Woolworth Department Stores, Gallenkamp Shoes, and National Dollar Stores.

In the late 1970s and 1980s, control of the firm transferred to David and Jonathan Blatteis (serving as Chairman of the Board and President, respectively). During this period, Blatteis Realty continued to be extremely active, leasing an entire building to Pan Am Airlines at 411 Stockton Street and 400 Post Street to United Airlines. In addition, Dan Blatteis of Blatteis Realty negotiated the sale of nearly a full city block in Beverly Hills for the 120,000 square foot West Coast Flagship of Barneys New York, and consummated leases throughout the U.S. on behalf of luxury retailers such as Prada, Miu Miu, Salvatore Ferragamo and LVMH/DFS Galleria.

By 2000, Blatteis Realty leased one of the top real estate locations in Union Square to the Cheesecake Factory above the Macy's Building and leased over 10,000 square feet to Walgreens at the corner of Powell and Sutter Street (located near San Francisco's Union Square). Blatteis Realty's relationships with Landlords and national tenants continued, and its property management division also increased dramatically. While the firm's attention continued to be on retail leasing, it also began focusing on Retail Center Development, Investment Services, and Office leasing.

Realizing the opportunity for growth, the Company soon expanded its commercial operations outside of San Francisco, enabling the firm to service statewide expansion of San Francisco businesses interests as well as international boutique retailers and national tenants.

In 2005, Jeremy Blatteis joined David and Jonathan Blatteis. Shortly thereafter, the company began forming investment partnerships to acquire and manage a portfolio of properties throughout San Francisco & the Greater Bay Area. The firm continues to expand its outreach as well as participate in select projects outside of the San Francisco Bay Area. Our Company has also consummated leases in Hong Kong, Chicago, and Arizona.

We continue to dominate retail leasing and sales throughout San Francisco and the Greater Bay Area and have participated in thousands of real estate transactions. Recently, we leased over 22,000 square feet to the tech company Hatch, sold 146 Geary near Union Square for a record price, leased over 45,000 square feet to First Republic Bank in Palo Alto, consummated a deal with Doc Martins near Union Square, leased over 10,000 square feet at 310 Baldwin Avenue in downtown San Mateo, in addition to completing countless deals throughout all of San Francisco’s neighborhoods and the Greater Bay Area.

We Look Forward To Working With You And Being A Part Of Your History! 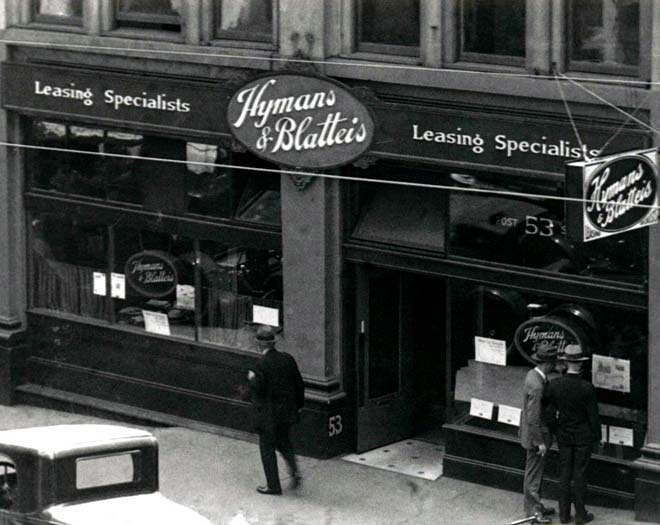 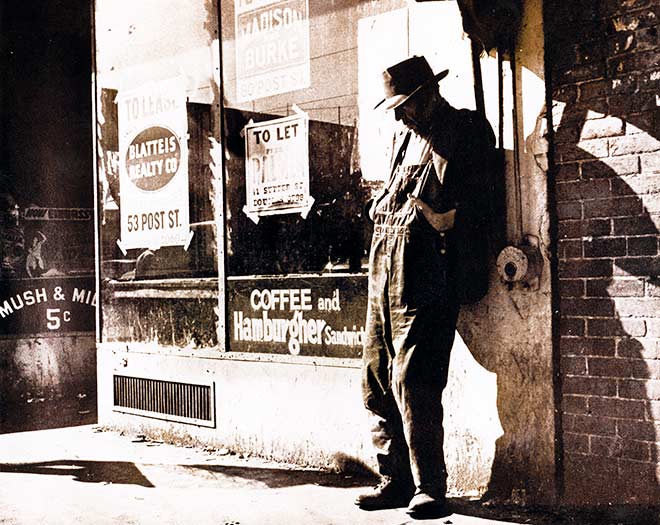 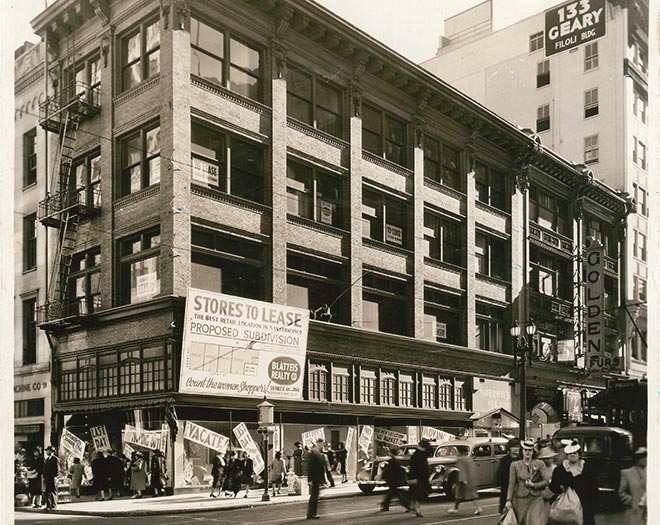 SW Corner of Geary Street and Grant Avenue, circa 1940. 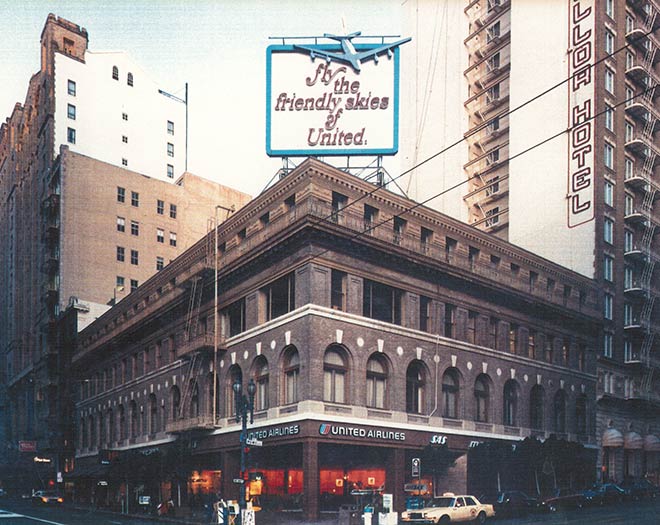 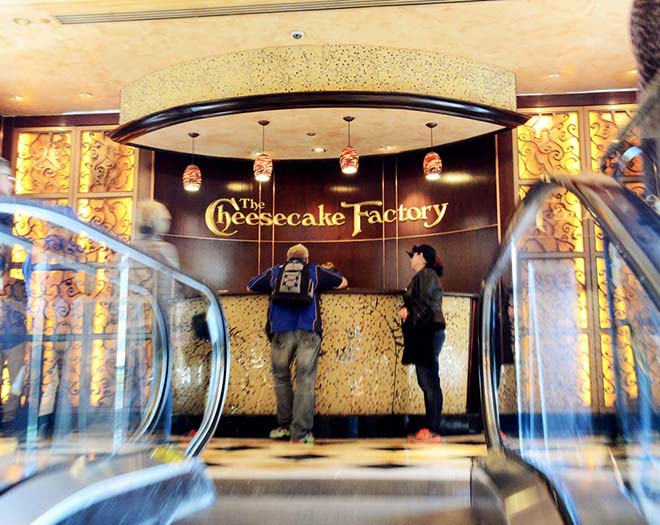 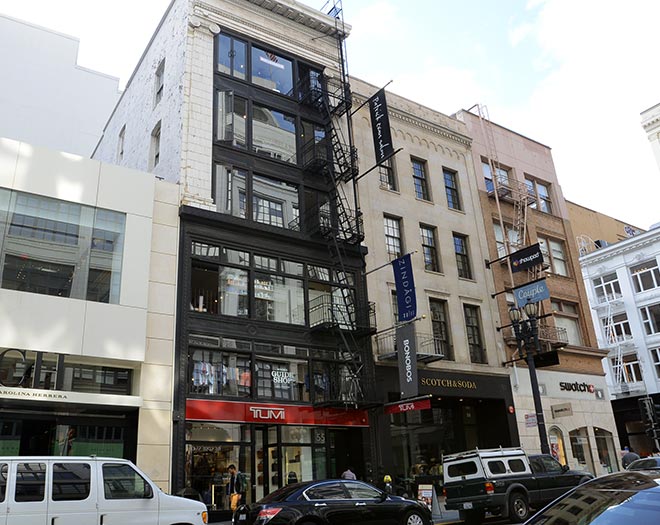 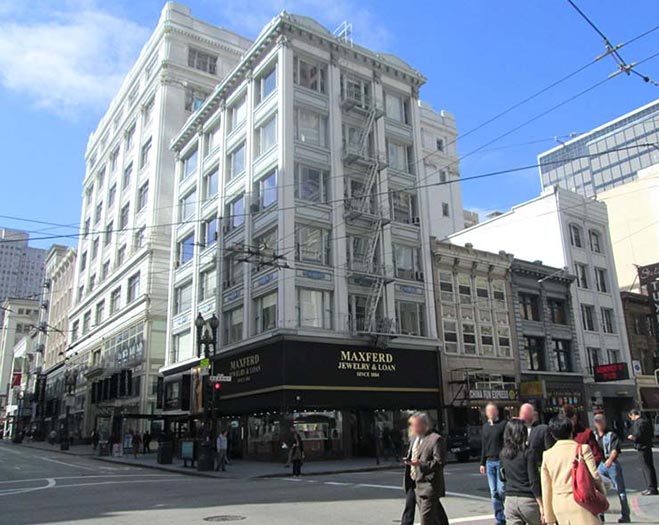 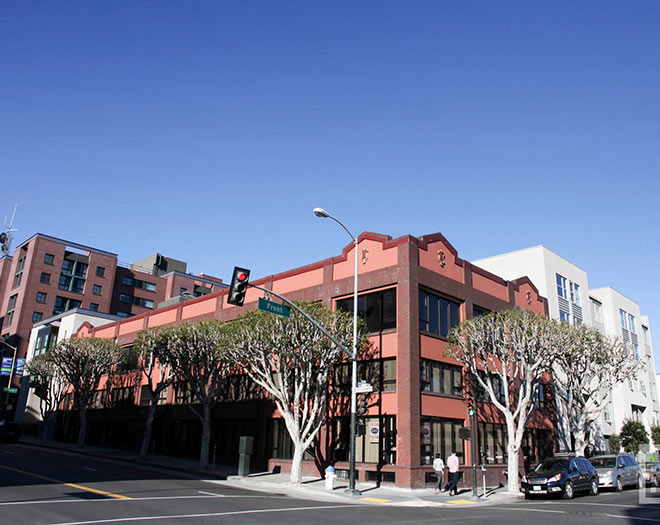 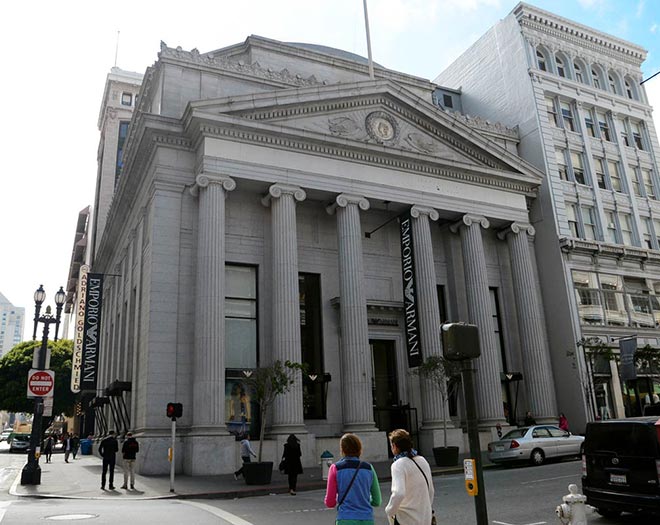 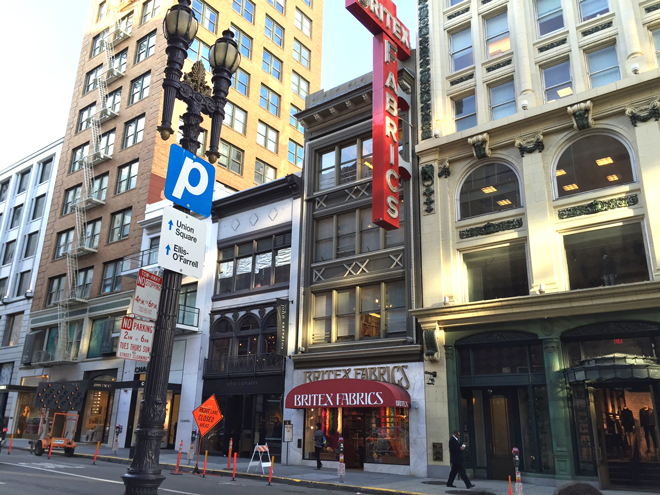 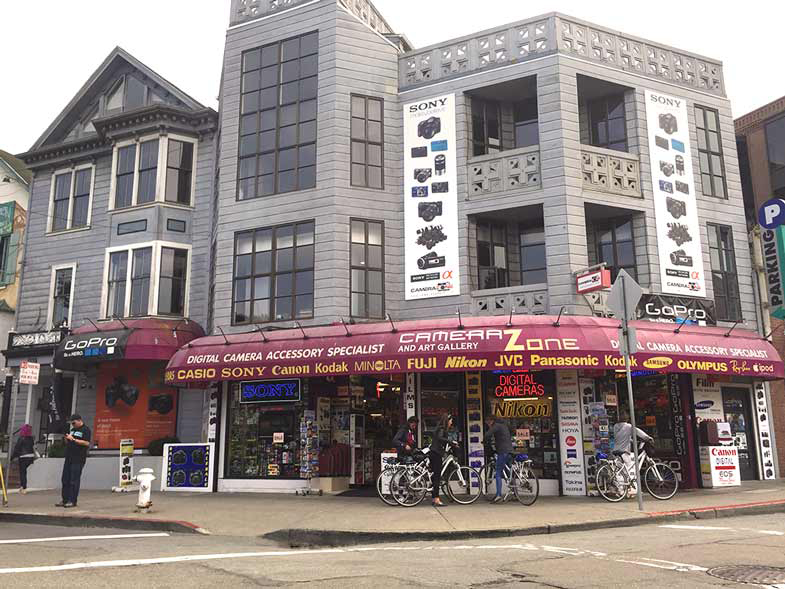 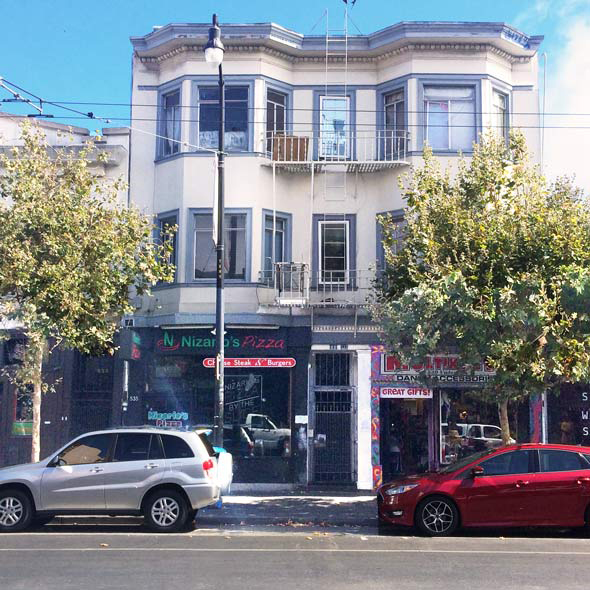 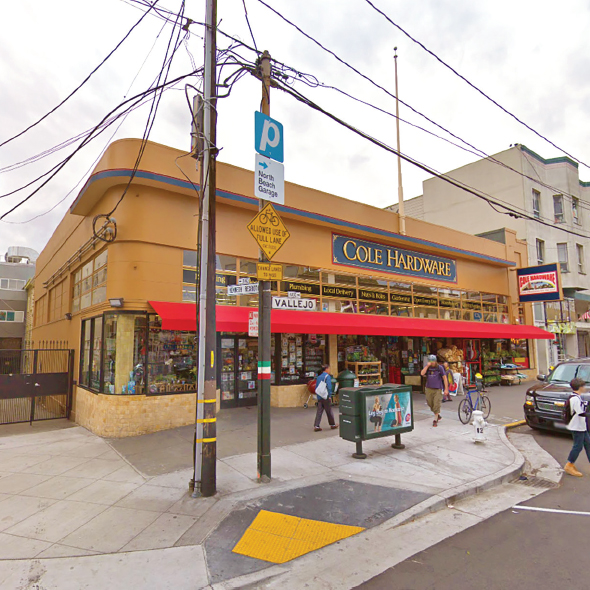