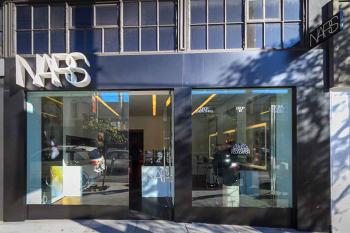 The French-inspired brand primarily known for its women’s handbags and accessories has signed a lease for about 800 square feet at 2050 Fillmore, city permit records show. The store will be Clare V’s 11th, allowing the brand to double its San Francisco presence while avoiding delays related to the city’s formula retail law, which kicks in for any retailer with 11 locations worldwide.

Vivier, a University of San Francisco alumna known for her minimalist L.A. aesthetic, opened her first Clare V store in Silverlake in Los Angeles in 2012. Since then she's opened locations throughout Southern California, New York, Chicago and at 344 Linden St. in Hayes Valley in San Francisco.

Available space is typically rare along the popular retail corridor in the posh Pacific Heights neighborhood and carries a premium price tag, but it was hit hard in the early days of the pandemic. Sarah Brett-Schwartz, a retail partner at Maven Commercial Inc., said the boutique brokerage was handling more than a dozen vacancies between her and retail partner Pam Mendelsohn at the time.

But today Maven's portfolio on Fillmore Street is down to about three or four availabilities after more than a half dozen stores recently opened or signed, Brett-Schwartz said, describing the new tenant mix as leaning toward jewelry, accessories and online-originating brands.

"Historically on Fillmore Street there was very little downtime, very 'take this deal as it is' with one or three months free," Schwartz said, noting the street's mainly "mom and pop" landlords have slightly lowered asking rates. "Now with permitting processes, tenants need more time with the way the city is backed up. I'm doing deals right now where the tenant is paying rent for six months and still waiting on permits. Sometimes the landlord will cover that."

Some of the new stores on the way or recently opened include: